Fear and the Kibbutz 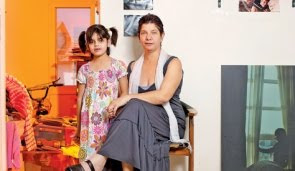 I just read two interesting, if very different articles, that touch on the hopes and fears of living on kibbutzim near the turmoil of the Gaza Strip. The first (called “Fear in a Little Bit of Heaven“) is by a South African journalist touring through Israel, who observes both the success of rural kibbutzim and the general sense of fear and insecurity that shadow the nation, especially when he visits Kibbutz Be’eri in the south. As he writes:

For a South African it is astonishing to see people giving up all private property, whether cars or houses, and everyone earning the same salary and donating all other income to the kibbutz, which then looks after their family…. In contrast with South Africa, Israelis boast that they have no rural poverty because of the kibbutzim and their focus on agricultural production. The people who live in the kibbutz we visited described their communal life as being “like a little heaven”.

But at the Kibbutz Be’eri, just 7km from the Gaza Strip in the south of Israel, the illusion of an idyllic rural lifestyle was shattered. Residents told us that the settlement had been hit by rockets from the Gaza Strip, fired by their Palestinian neighbours. The fear of an attack was a daily constant. “But we should live not to allow fear to control us,” said Vivien Silver, part of the kibbutz leadership.

The second article is part of a fascinating series of family profiles that I’ve been following in Haaretz. (Each ends with family members rating their happiness level out of 10.) I don’t know if it’s a coincidence, but many of these stories have looked at the lives of kibbutz residents. This week’s article introduces readers to a widowed single mother struggling with health problems and the constant anxiety of potential mortar or rocket attacks while living with her daughter in Kibbutz Nir Am, also near Gaza.

Her life story, with its twists and turns, as well as her now constant debate about whether to stay or leave the kibbutz, make for fascinating, if troubling, reading. Being a single parent must be tough enough without the fear of rockets falling from the sky:

“Once, when I was taking Yam to kindergarten, a mortar shell flew over us, and another time I flopped myself on top of her.” She considered leaving the kibbutz, but always stayed – to spite everyone, she explains, because they all expected her to be weak. Most of the residents use tranquilizers. “The tension is unbearable. You stay because of the honor, because of the place, because of the school.” If the security situation becomes very bad, she does not rule out the possibility of moving to the center of the country.

I look forward to more of the profiles from “Family Affair”. These journalistic snapshots offer a window into the lives and hopes and fears of real Israelis (and kibbutzniks) in a way that the general conclusions of academic papers or the faux-authenticity of reality TV can never do.