The Kibbutz in the News 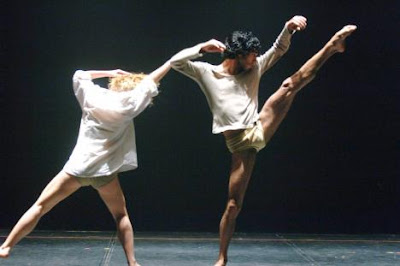 There is plenty to catch up with in news of the kibbutz. Most recently, Ha’aretz printed an interesting article about the evolving volunteer programs on kibbutzim—how more volunteers are now coming from places like India or Latin America, and how these new volunteers fit within the 21st-century economics of privatized kibbutzim now more likely to use cheap imported labour (usually Thai workers) for agricultural field work that was once the domain of itinerant volunteers from North America, Australia and Europe.

As the director of the kibbutz movement’s volunteer department explains the pros and cons of inviting volunteers into a community: “Kibbutzim want to feel young again, and the universality of the volunteers, their vivacity. Volunteers require a bigger investment of energy; you have to see to their conditions, to trips, vacations – not every kibbutz [is willing to] do this. Some say, ‘It doesn’t suit us to run a kindergarten.'”

The Guardian in the U.K. published a short memoir, by novelist Noam Shpancer, about growing up on a kibbutz in the communal children’s house. He lauds the freedom to explore that he experienced as a child:

Entertainment was mostly of the found, not manufactured, sort. Our playgrounds were junkyards. We played with defunct tractors, old boxes, used clothing and discarded tools. We roamed the yard, mostly barefoot. We built tree houses. We took turns on the lone communal bicycle. In winter we collected mushrooms in the forest and brought them to the communal dining room to be cooked.

He also describes the stultifying effects of the relentless pressure to conform, to be one with the peer group:

Individuality and competition were looked down upon. Children who were unusual, eccentric or sought to distinguish themselves, were shunned. We were socialised to be strong and sunny, simple and similar. Emotional expression was demeaned as weak and self-involved. We learned to numb ourselves. I haven’t cried since I was 10. I’d like to but I can’t.

He writes about how the kibbutz system gave his parents, his father especially, the stability and purpose (beyond mere survival) that they had lost in their escape from Nazi Germany. He also describes how these pioneers failed to prepare for the “second day” of the revolution—“in which the self-defining project of their youthful rebellion would become a mundane, constricting ‘home town’ to their children, propelling the children to seek their own identities and adventures elsewhere.”

Ultimately, nearly an entire generation of kibbutz children (like Shpancer) sought their own identities and adventures beyond the wire of their home kibbutz. Only now are some of them returning to a much-changed movement that has abandoned the strict enforcement of collective child-rearing and other communal ideals. For someone who experienced it first-hand, Shpancer doesn’t think such changes are a bad thing.

The plight of Sudanese refugees who escaped to Israel over the Egyptian border is a complicated issue. A recent Jerusalem Post article describes efforts (including some kibbutz-based programs) to retrain and help refugees resettle back in southern Sudan. One former refugee hopes to found not one but a series of Sudanese kibbutzim, inspired by his experiences in Israel:

Emanuel Logooro, who returned to Southern Sudan nearly a year ago after four years at Kibbutz Eilot, said he was in the process of starting up a kibbutz back home. “I want to contribute to my country, and a kibbutz would be a great contribution,” he said while visiting Israel. “My family said I could have some of their land – Sudan is a very, very big country, and they gave me enough land to start seven kibbutzim. I got a bank loan to start building the facilities, and now I’m hoping to find about 40 families to join,” said Logooro, who came to Israel with his wife and is now back home with her and their three children.

Finally, the Kibbutz Contemporary Dance Company performed this week in Vancouver. I wish KCDC had made it to Victoria. In 2009, I was lucky enough to tour the company’s facilities on Kibbutz Ga’aton and catch a sneak peek at a few rehearsals. There is no better symbol of the change at this now-privatized kibbutz than that, when I was there two summers ago, the dining room—once the social hub of the community—was about to be renovated into another rehearsal/performance space for the internationally acclaimed dance troupe. Artistic director explained to a reporter from Vancouver’s Georgia Straight that while his troupe isn’t political per se, it’s hard to separate geopolitical realities from a cultural group coming from Israel:

So while Be’er doesn’t necessarily want his work seen as a literal commentary on the Israel that surrounds him, he does relish the thought of bringing his country’s perspective—and talent—to the rest of the world. “It’s important that we arrive from Israel and it’s not just the Israel you see in the news with crisis and bombing—that there is another side to it,” he says with heartfelt conviction. “There’s a lot of creativity and activity here, and I believe we can create communication—we can create a bridge.”