The Sylvia Plath of the Kibbutz Movement 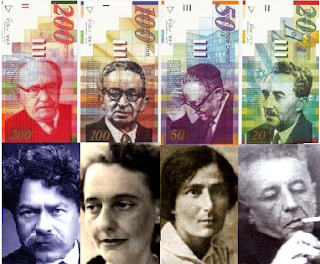 It’s hard to do any reading about the kibbutz movement without coming across mentions of Rachel Bluwstein Sela. Rachel (known now simply as Rachel the Poetess or just Ra’hel) was the tragic-romantic heroine of socialist Zionism, a sort of Sylvia Plath of pre-State Israel, what one biographer called the “femme fatale” of the early kibbutz movement.
Like many of the socialist pioneers, she was born in Russia—the 11th daughter of well-to-do parents—and only visited Palestine, in 1909, on what was meant to be a tourist stopover with her sister on their way to study art and philosophy in Italy. The spirit of Zionism swept both young women up, however, and they stayed to work the orchards in Rehovot, south of the newly founded settlement of Tel Aviv. She was likewise enchanted by the old Arab town of Jaffa, and travelled to the various Jewish settlements carved out by the recent wave of young socialists, such as Chana Meisel, a new friend who encouraged Rachel to join one of these nascent communities.
Rachel headed north, to the Sea of Galilee, to live and study at the small women’s agriculture school at Kvutsat Kinneret. There, she fell under the influence of A.D. Gordon, the middle-aged philosopher-savant who captivated young protegés with sermons about the “religion of labour” and by the example of his own tireless work ethic. Rachel, who had penned verse since the age of 15, began writing in Hebrew, with a dictionary at her side, and dedicated her first Hebrew poem to her mentor. She tried to sublimate her artistic temperament and upper-middle-class upbringing through the arduous chores of her new community and becoming one of the kibbutz’s hardest workers. She would forgo art and music to instead “paint with the soil and play with the hoe”. These long days would become ever-more tinted in nostalgia when she looked back to Galilee toward the end of her too-short life.

With A.D. Gordon’s blessing, she left Israel in 1913 to study agriculture in Toulouse, France. However, the outbreak of the Great War separated her from her one true love—the land of Palestine—and instead she returned to Russia, where she tutored Jewish refugees and likely caught the tuberculosis that would shorten her life. In 1919, after the armistice, she joined other Jewish immigrants aboard the Ruslan and arrived back in Palestine. She settled in Degania Aleph, the first kibbutz, not far from the Kinneret agricultural school. But she never recaptured the joys of her first years of pioneering. Her disease soon manifested itself. Her TB-ravaged body was no longer suited for outdoor toil. And she couldn’t safely oversee the community’s children. She was compelled to leave—like Eve cast out of Eden, alone, unwanted.
She despised cities but lived, for the rest of her days, in Tel Aviv and Jerusalem, pouring her dwindling energies into her writing—deeply-felt poetry layered with a longing for the past, for a lost connection with the land of the Galilee, and at times at an Emily Dickinson-like vision and acceptance of her last days. She had relationships with different men, including one future president of Israel, but never married. She died in a sanatorium, alone, at the age of 40, in 1931. Ever since her body was buried at Kvutzat Kinneret, her reputation has only grown as a tragic icon and as a poet, whose simple Hebrew lyrics have been put endlessly to music. (Next year, she will be further immortalized, ironically perhaps, on the 50-shekel bank note.) Her short poem “My Land” best exemplifies her romantic spirit—one that defined the early pioneer movement, and a lens of nostalgia that’s hard not gaze through when one looks back upon the early history of the kibbutz movement.

Land of mine,
I have never sung to you
Nor glorified your name
with heroic deeds
or the spoils of battle.
All I have done
Is plant a tree
On the silent shores
Of Jordan,
And my feet
have trodden a path
Across the fields.