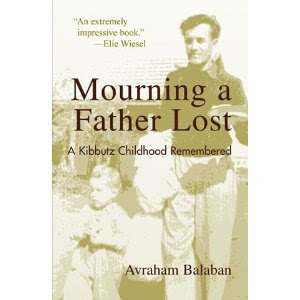 The kibbutz might have remained just a footnote in the history of Israel or 20th-century socialism if it weren’t for one major twist: the decision to raise the “children of the dream” communally, separated from their parents except for evening visits, eating and sleeping and learning together, amongst peers of the same age, in “children’s societies” that were designed as a microcosm of the larger kibbutz.
Communal child-raising was something of an accident in the early kibbutz, an ideological improvisation borne out of necessity—the need to free mothers to keep working—rather than ingrained philosophy. It quickly became part of the entrenched belief of the kibbutz leaders’ socialist vision, however: an opportunity to deal with the “problem of the family”; to make women equal to men in the field of work; and to cultivate in the minds of the young a belief that the collective, rather than the individual or the family unit, always came first.
The disappearance of this communal child-rearing began in the late 60s and accelerated through the 70s and 80s, until the last kibbutz (Bar’am) allowed its children to sleep in their parents’ apartments during the First Gulf War (in part, because of the threat from Saddam Hussein’s Scuds). For traditionalists, the decision to turn the children’s societies into mere daycares (highly respected ones, even today) was the beginning of the end of the kibbutz movement—a succumbing to the temptations of individualism and “familism”. For critics of the system, the return to the family (democratically decided by each kibbutz) only proved that socialist ideology can’t trump human nature, that it might take a village to raise a child, but that doesn’t mean the child should be removed from his or her parents’ care.
Of course, in its first flourishing, this experiment in communal child development drew, like moths to the flame, curious sociologists and psychologists from around the world to study different kibbutz communities and the generations being raised in this manner. Most famous amongst them was Bruno Bettelheim, author of the 1969 study Children of the Dream (based on his observations at Kibbutz Yohanam). “I found their system not entirely successful,” he concluded, “but certainly not a failure.” Other observers weren’t so kind, and claimed that communal living creating a generation with a “Metapelet Complex”—named after the all-powerful “nanny” or care provider who took on the role of the parents—in which kibbutz-raised adults came to expect that the kibbutz, or the movement, or society in general would look after them. Skeptics of this theory pointed out that, per capita, the kibbutz system produced an inordinate number of independent-minded high-achievers: politicians and artists, military commanders and academics.