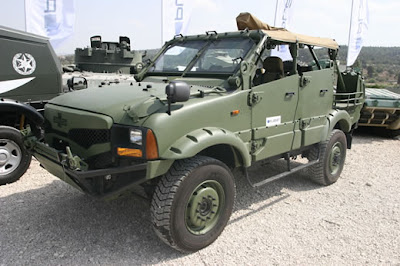 Few communities illustrate the contradictions of the contemporary kibbutz more than Sasa. This community (often called the “first all-American kibbutz”) was founded by North American immigrants and members of the left-wing Hashomer Hatzair movement  in the aftermath of the 1948 war on the high country near the border with southern Lebanon. It remains among the dwindling number of kibbutz shitufi—fully communal in its economy. It has also been, over the last decade, the most financially successful of the 270 kibbutzim scattered across Israel.
Evidence, it would seem, that you can maintain a kibbutz’s traditional philosophy of peace and equality and still thrive as a community. That capitalism doesn’t trump all.
Well, not so fast.
The ideals of Sasa, while strong, are still compromised in revealing ways. The kibbutz was founded on the ruins of an Arab village, destroyed and depopulated during the War of Independence. An interview with one of the founders, in Toby Perl’s excellent documentary about the kibbutz movement, reveals an ambivalence about settling the site after the new arrivals realized its recent and troubling history—the ghosts that dwelled there, the original occupants now refugees across the border with Lebanon. (They stayed nonetheless.)
A similar asterisk must be added to Sasa’s economic success, which has allowed it to maintain its communal ideals. The members didn’t get rich growing grapefruits or (as at other kibbutzim) making plastics or irrigation devices or bifocal lenses. They made millions and employed thousands over the last 10 years by selling armored plating to the American military via the Plasan factory. In other words, the kibbutz was one of the main beneficiaries (along with shady military suppliers like Halliburton) of the the U.S. wars in Iraq and Afghanistan.
The recent American withdrawal from the former and scaling down of operations in the latter have affected the economy of Sasa. News recently circulated about lay-offs at the kibbutz factory, and the Kibbutz Industries Association cited a drop of 13% from the nation’s kibbutz-based industries, largely as a result of the decline in profits at Sasa.
Peace dividend?
Not at Sasa. In this unusual utopia in the mountains, communal life has been preserved, and difficult decisions deferred, in part, thanks to the exorbitant American expenditures on foreign wars. Of course, one could always argue that Sasa didn’t manufacture weapons per se, and instead made its money keeping soldiers safe against improvised explosive devices and land mines. But that seems like splitting hairs. This kibbutz remains intermeshed, more than any other perhaps, in the global military industrial complex. What will it do now that the U.S. Armed Forces’ money machine has been turned off? Can the community’s values survive in times of peace as well as war?