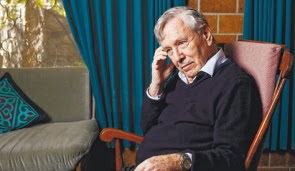 [Yes, it’s finally time to emerge from my teaching shell and update my blog!]

A new book by Israeli author Amos Oz is cause to celebrate for any lover of world literature. But for a kibbutz-o-phile obsessed with the inside story of communal life, a fresh collection of Oz’s wry, ironically observed stories of life set on a rural commune can seem heaven-sent. And then you realize it’s still only in Hebrew. Which you don’t read.
Oh well, at least the weekend magazine of the newspaper Ha’aretz has published a long interview with the the 73-year-old ex-kibbutznik and elder-statesman of Israeli letters about his life, his politics, his literary influences and his new anthology of stories, Between Friends, set on apocryphal Kibbutz Yikhat. (Why it is so hard to find this level of literary discussion, let alone 5,000 words devoted to a writer, in a Canadian publication is another story…)
In the article, Oz talks about the utopian dreams of the kibbutz founders:

The first ideal of the kibbutz was sharp: to transform human nature instantaneously. Effectively, they [the founders] set out as a youthful camp, in the innocent belief that they would remain 18 and 20 forever. A camp of young people who were liberated from their parents, from all the prohibitions and inhibitions of the Jewish village and Jewish religion − a camp in which everything is permitted, suffused with perpetual ecstasy, and where life is always at a peak. You work, argue, love and dance until your strength runs out. It was childish, of course. In time, it became dulled. And then what came to the fore were the constants of human nature. The vulnerability, the selfishness, the ambition, the materialism and the greed. It was a forlorn dream, imagining that it would be possible to triumph over all those forces, be reborn and create a new human being without the shortcomings of the old one

He discusses why he left Kibbutz Hulda (because of his son’s health), and how his new collection allowed him to reflect on what he left behind, good and bad:

There were a few things I didn’t like about kibbutz life. But I feel the absence of those things that I did like. And in this book I wanted to go back and look at them. Especially at the loneliness in a society where there is ‏(supposedly‏) no place for loneliness. In a few of the stories a situation is portrayed of “almost touching”: People very nearly touch, but something blocks it. Like in the painting by Michelangelo where finger almost touches finger.

I am very curious about loneliness and grace, or a moment of grace amid loneliness, because that is a description of the human condition. The stories are set on a kibbutz, but they tell about universal situations, about the most basic forces in human existence. About loneliness. About love. About loss. About death. About desire. About forgoing and about longing. In fact, about the simple and profound matters which no person is unfamiliar with.

He explains how curiosity can make us more “moral”—that, in effect, literature’s ethical function isn’t necessarily to teach us lessons but to let us see the world through another’s eyes:

I think a person who is curious is slightly more moral than one who is not curious, because sometimes he enters into the skin of another. I think a curious person is even a better lover than one who is not curious. Even my political approach to the Palestinian question, for example, sprang from curiosity. I am not a Middle East expert or a historian or a strategist. I simply asked myself, at a very young age, what it would be like if I were one of them.

He admits he still has no regrets about living (and leaving) on a kibbutz. Writers will be especially interested to hear Oz discuss how communal life offered the ideal milieu to develop his literary ear and eye:

I do not regret it for a second. I regret a few of the experiences my children underwent on kibbutz. There were some hard bits, but I left Hulda without anger. For me, the kibbutz was an ultimate university of human nature. I spent 30 years with 300 people in intimate proximity. I saw everything − them and their lives − and knew their secrets. If I’d spent 30 years in Tel Aviv, or New York, I would not have had the slightest chance of becoming so intimately acquainted with 300 souls. The price was that they knew more about me than I would have wanted them to know. But that’s a fair price. In terms of my writing, I learned much of what I know about human nature on kibbutz.

And I love his metaphor for how he has come, if not exactly to praise the kibbutz, then definitely not (like so many critics in recent years) to slay this once-legendary institution:

Unlike others, I am no longer slaughtering sacred cows. There was a time when I did. Not today. Besides which, in every cowshed there is one sick old cow left, surrounded by a herd of exultant, gung-ho slaughterers. I am almost always on the side of the cow. It’s not that I don’t know what a foul smell that cow gives off. And it’s not that I worship it. But between the cow and the slaughterers who gather around − I prefer the cow. I am talking about Zionism, the kibbutz and the labor movement.