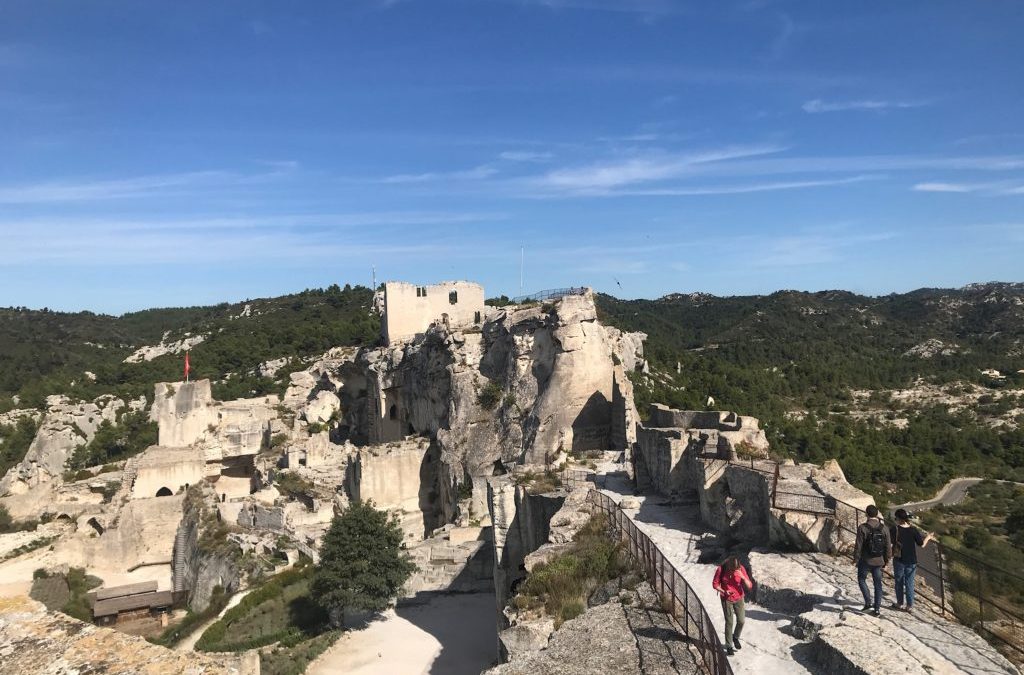 On Monday we went hiking in the Alpilles. This was just an hour and a half , because we all agreed we were tired. A little while later we hiked up a hill, to take in the view while enjoying our baguettes. The baguette long was my favourite because it tasted like a woodfired pizza, when you add a slice of cheese. Tuesday we went to the Saint Paul de Mausole.  It was where Van Gough spent a year, he was there as a psychiatric patient. He created most of his famous paintings, including Starry Night. He only ever sold one painting, which was the Red Vineyard. Not as famous as Starry Night but equally beautiful. We visited a reconstruction of his room.  His story is sad but also very interesting and inspiring. He will never know how  celebrated and respected he is. Wednesday we went to the morning market. This was the biggest market we’ve been to yet. There was lots of cheese, meat, vegetables, fruit, clothing and sweets. We sampled cheeses, pesto and nougat. AJ probably took to many samples of nougat for the sellers likings. It was delicious! The original flavour of nougat is almond and honey. But later was made with pistachios, hazelnuts, chocolate, dried fruits and much much more. We also let in for AJ’s request for tapenade and olives.Which everyone loved , even I liked them and I’m not olive person. We also bought hummus, kale,  paella which is a seafood and spicy rice mix for daddy, a Madeleine to share and a macaroon to share. Next we went back had a quick lunch and headed of to les Baux de Provence. We walked through a little town and bought some small things from the local market. Then we headed up to the castle. We saw some cool cannons and other weaponry, that I’ve never heard of. We learned interesting things from our audio guide, and enjoyed being there. Then we went to a gallery that make it seem that your in the painting. We saw Japanese paintings and Vincent Van Gough paintings. They had to use tons of projectors. On one painting it felt like we were swimming in the ocean. Because there was ocean everywhere, on the ground, ceiling and all the walls.  Thursday we went biking for the day. We hiked  along a canal. And my favourite part was when went down a bunch of bumps. We biked past majestic horses and other farm animals. It was a nice change  to get away from all the cars and loud noises.  Today we went to Arles a nearby town. We saw an old amphitheater and a theatre. The amphitheater is definitely not as big or historic as the Coliseum, but it has its pluses. Such as not being crowded by thousands of people.  The amphitheater is still used to this day, for bull fights, gladiator recreations and so on. We also went to a museum with lots of old artifacts. And there was an old shipwreck that apparently still had all it’s money and things to bring. But it never made it. Tomorrow we our heading to  Palavas des Flots. We did lots and saw lots in Provence, but we also took time to work and relax. I will always remember the smell of Provence, a light lavendery smell. 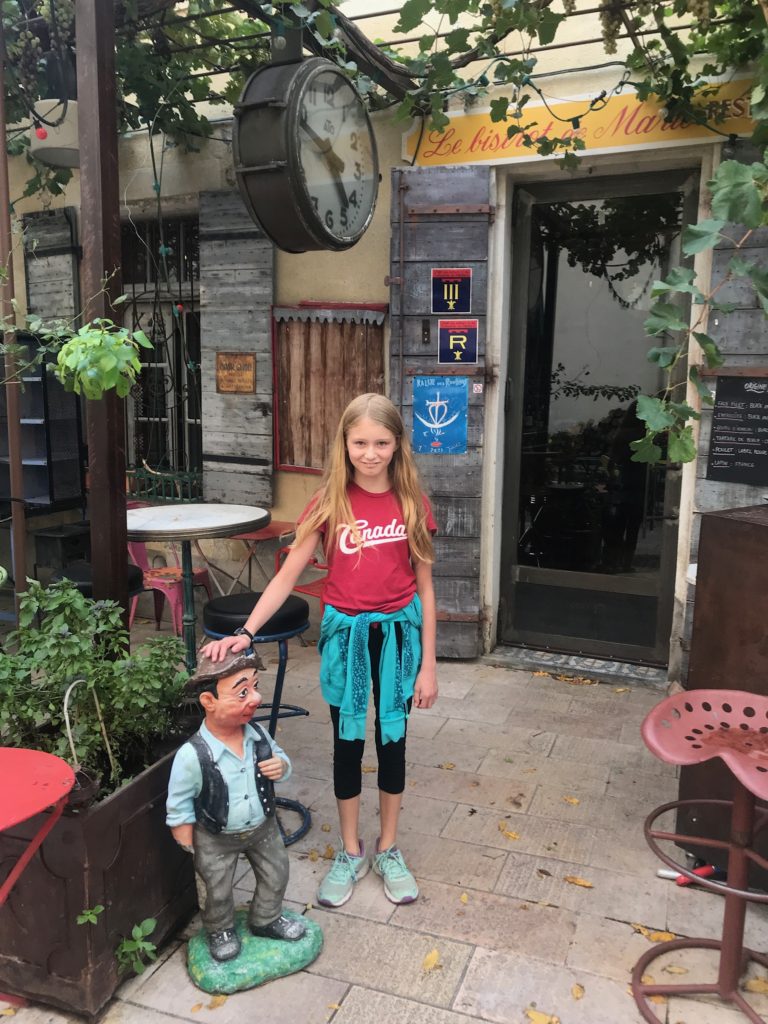 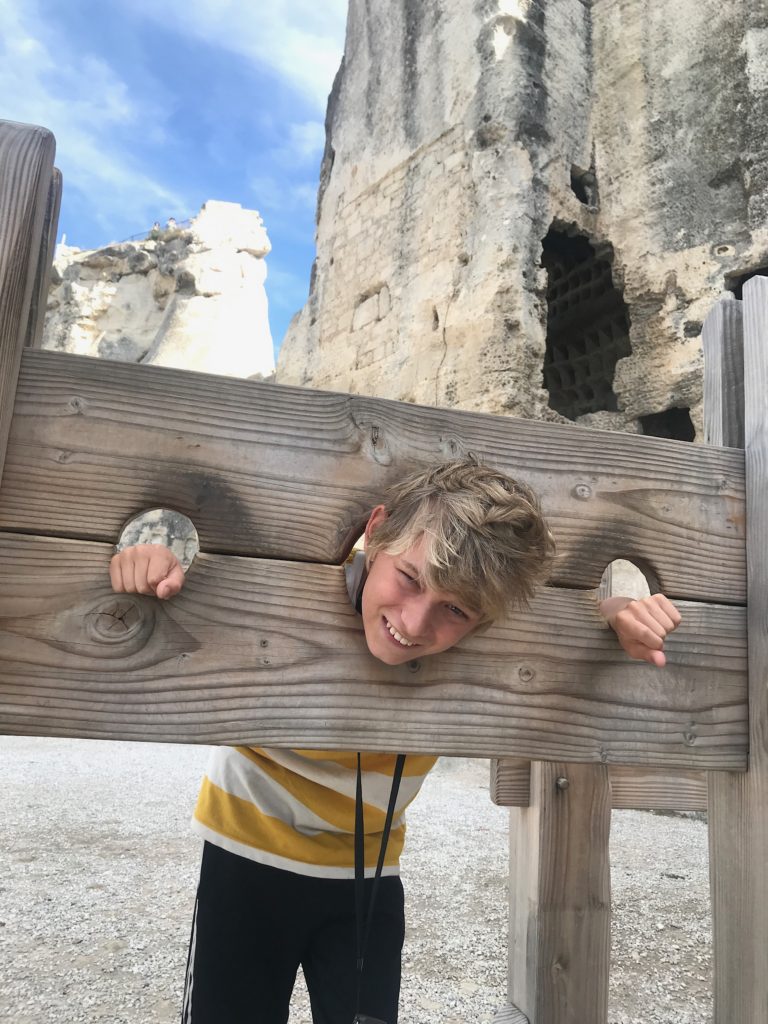 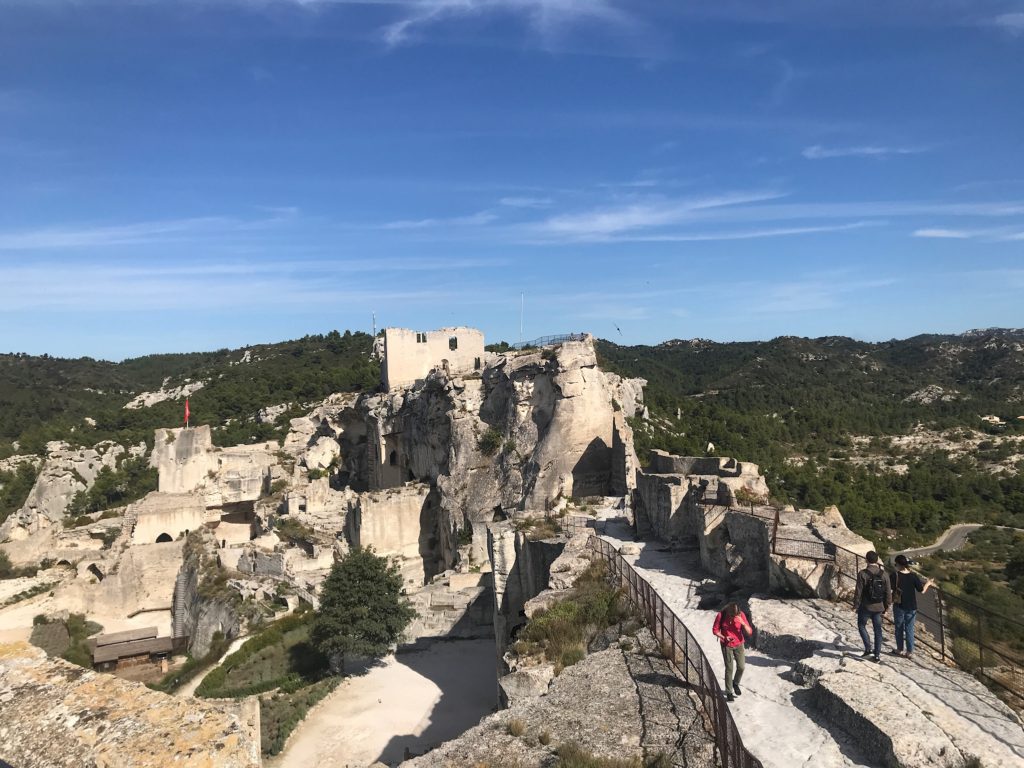