A Tale of Two Deganias 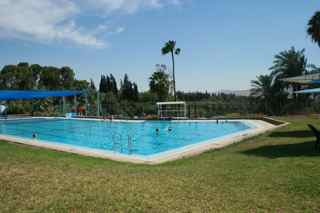 Privatization takes many forms on the kibbutz. I realized this fact last summer, when I visited both Degania A and Degania B—neighbouring communities since 1920, when Degania A “franchised” a decade after its own founding. Degania A is now a relatively wealthy community (thanks to a factory that makes diamond-cutters), and yet voted (controversially) to privatize in 2007. Degania B, I was told, is struggling economically—and yet has remained a traditional, communal kibbutz.

This contrast goes against the general trend that several experts had explained to me—that the remaining traditional kibbutzim are ones that can afford to stay communal, while the privatized (or “renewed”) kibbutzim have been forced into these changes out of economic necessity. That theory, of course, is a reversal of the long-held assumption of critics of the kibbutz that these rural communities could afford to share everything because they had nothing much to share in the first place.

I stayed in the guest house on Degania B and had a chance to tour the kibbutz. The dining room, like most kibbutzim, charges for meals, and seemed a quiet, rather lifeless room when I had my breakfast. The members may not be millionaires, but the residents of Degania B still have one of the most beautiful swimming pools I’ve had the good fortune to do a few laps in—crystalline waters overlooking the Jordan River Valley. (I’ve sometimes daydreamed about doing a tour of Israel that would involve hop-scotching the length of the country, like the narrator in John Cheever’s “The Swimmer”, from one kibbutz pool to the next, and reading the mood of each community from the poolside conversations.)

In the news today, I learned that because of the recent recession, the members of Degania B voted to sell a controlling interest in the kibbutz’s medical products company in exchange for 100 million shekels (roughly $27 million Canadian). In economic terms, while they maintain a communal mode of consumption (in which everyone remains equal), they have been forced to privatize their means of production—a radical departure from the socialist vision of the founders.

I hope to visit both communities again this summer, on the centenary of Degania A’s founding, and observe more carefully the different paths taken by two of the earliest kibbutzim. And maybe do a few more laps in that wonderful pool.