The Car and the Kibbutz 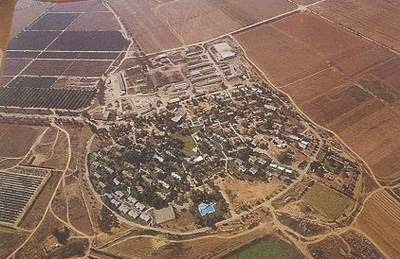 I’ve been thinking a lot about cars the past few days. How they control—and often threaten—our lives. These reflections have been rekindled, in large part, because a colleague and friend was badly injured in car accident a week ago. I don’t know the details of the incident and am relieved to hear she is recovering, but it will be a long, slow, healing process, and her life has been significantly altered by this violent event.
A week before that, walking my dog home from the video store at night, I was nearly bowled over by a driver in an SUV who didn’t see me as she accelerated left into the pedestrian crossing … because she had turned her head in the opposite direction to talk to her passenger! She braked a foot away from me (and would have crushed poor Bo if she hadn’t) after I thrust out my hand and started shouting. (My shouting—laced with words I won’t reprint here—continued as I leaned toward her windshield and shared my opinion of her driving skills.) Since then, I’ve been even more hyper-vigilant of careless drivers on my walk to and from daycare, often with my son dawdling behind me on his bike, with vehicles whizzing past on the road beside the sidewalk.
I haven’t owned a car in a decade. However, I’m not sure when my antagonistic relationship with the internal-combustion engine began. I never had that “car gene” that other North American boys seem to be born with. But I didn’t hate them either—certainly not growing up in the suburbs of Ottawa, where you often needed to be driven around to get anywhere, where getting your license remains one of the last rites of passage into adulthood. (Trust me: getting to vote doesn’t count for an 18-year-old.)
It was only on the kibbutz, I suppose, that I first experienced the pleasures of a largely car-free community. While we were taken by bus on volunteer trips and in the back of old Toyota trucks to work the fields, I rarely rode in a car while living in Israel. I didn’t miss it. And I learned to appreciate a community design in which motorized vehicles (aside from the occasional golf cart) were second-class citizens, shunted to the margins of the encircling ring road, and pedestrians ruled the laneways. You could walk everywhere, at any time, and not worry about doing a shoulder check or dodging hasty drivers.
There were, quite simply, few cars in this community. They were all collectively owned and generally reserved for important kibbutz business, not for cruising around or short-hop shopping trips or dragging the kids from school to soccer to play dates—all those activities occurred instead within the barbed-wire enclosure of the kibbutz, in walking or cycling distance. And in that way, you bumped into friends and neighbours and other community members, as you wandered the grounds of the kibbutz and went about your business.
Some of that has changed in the 21st-century privatized kibbutz. People have bought their own cars, so they’re not reliant on using the communally owned vehicles. They have joined the swarm of traffic that chokes the urban streets and nation-crossing highways of this densely populated country. And yet many of these communities have retained a fleet of collective cars and trucks, with high-tech booking systems, that would be the envy of embryonic “car share” operations (like the Victoria Car Share Co-op, which I belong to) in North America. Not owning a car is still not a problem. Being “car-free” is certainly not viewed as the social aberration that it is here in Canada. (I worry that people must think I don’t drive because I lost my license to a DUI or something.)
The “needs” of automobiles have started to affect how kibbutzim are redesigned in small ways. I noticed more internal roads and parking lots in the centre of Kibbutz Shamir than I remember from 20 years ago. On Kibbutz Urim, near the Gaza Strip, cars remain on the periphery, except now, because the kibbutz runs a licensed daycare for both members and outsiders, authorities are demanding that the community conform to safety regulations and widen the narrow internal lanes so that emergency vehicles can more easily access the daycare. Many of the new neighbourhoods being erected, and then marketed to non-members as suburban getaways, feature North American-style single-family dwellings, with long driveways so you can park your car mere steps from your front door. (In North America, the notion that you might have to take more than 10 paces from your Ford to your foyer borders on insanity.)
Still, most people still get around their kibbutz homes by foot, bike, scooter or the proliferation of electric golf-carts (no longer just used by pensioners or the infirm). In this way, the kibbutz remains an ideal to me of a human-scale “eco-topia”—a place where you can live without the buzz and threat of cars, where all the amenities have been designed with the walker not the driver in mind, where the only collisions that occur are the serendipitous intersections of friends and neighbours amid the network of pedestrian pathways, where children can roam free and explore, in nature, away from the menace of the infernal combustion engine. Where the car is no longer king of the road.