The Will to Utopia 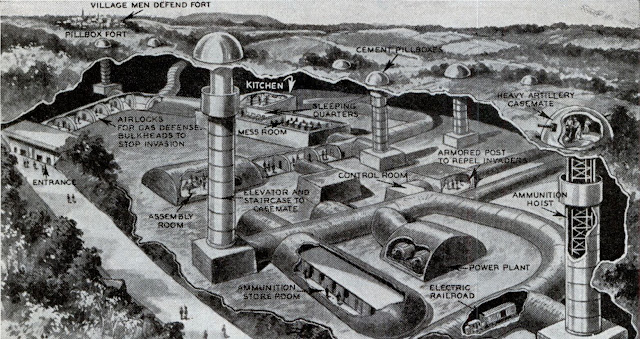 Every child, it seems, is a born utopian. That native urge to create new realms lies dormant for the first few years of life, not needed yet, held in check for more fundamental urges: learning to eat and crawl and babble and poop in a socially acceptable fashion; discerning sense from the 4D sound-and-light-and-smell-and-taste-and-touch show emanating 24/7 from the theatre we’ve been abruptly chuted into.
But as soon as we can hold a block or wield a crayon, as soon as the imagination takes a firmer grip upon the steering levers of consciousness, we begin to build. We build towers, as ambitious and as precarious as any Babel. We build cities, circumscribed by laws laid out by the gods Lego and Mattel. We build societies, with leaders and followers, heroes and villains, with histories and intrigues. Locked in a wider world we can’t quite understand, let alone control, we build our own worlds—private microcosms—over which we can lord.
Like any kid, I had my own peculiar world-building fixations. I laid out streets and engineered neighbourhoods for my stumpy, legless, bullet-domed Fisher Price volk. I played pint-sized Jane Jacobs in the shadows of my parents’ basement. There is an old Kodachrome photo of me as a boy, ever the good Catholic, arranging Star Wars action figures between pews of building blocks so they could attend Sunday Mass at a cathedral; in my world, Boba Fett couldn’t be an intergalactic bounty-hunter without first receiving Communion.
Perhaps my oddest obsession was renovating the Maginot Line. I had read about the French fortifications in an illustrated history book and was particularly struck by the cross-section diagrams of the underground chambers, tunnels and military installations, a vast network of subterranean routes and rooms for a strategically inept nation of mole people. Built in the 1930s to withstand a German assault, at the cost of three billion francs, the Maginot Line became a World War 2 footnote and punch line when the Nazis simply did an end-run around the 200-mile barrier, through Belgium, on their blitzkrieg to Paris.

I didn’t care. It was still a marvel of futuristic construction to my suburban imagination. I filled countless notebooks with improvised sketches for my own Maginot Lines. I drew whole cities tunnelled into the earth, filled with ant-bodied stick-men, bustling about, as I imagined adults must do, an underground utopia of perpetual motion.

Perhaps my Maginot mapping prepared me for my first year of university. I attended a school infamous for its own labyrinth of tunnels, which linked parking lots and classroom buildings and maintenance lairs, a heated escape from a never-ending winter above ground that often dipped to -30°C. It was rumoured that some grad students, as they shuttled vampirically from library to office to student residence, hadn’t seen the sun in months, even years. Perhaps, too, the distance between the orderly city of tunnels I’d crayoned onto my childhood drawing pads and the imperfect, often frustrating maze of this suburban low-grade university hinted at the gap that persists between the worlds that we manage to build and the ones we like to imagine.
Lewis Mumford, the renowned urban historian and social critic, called our city-making instinct the “will-to-utopia”. “It is our utopias that make the world tolerable to us,” he wrote, in his book The Story of Utopias, (published in 1922, just over a decade after the first kibbutz). “The cities and mansions that people dream of are those in which they finally live.” In his historical overview of the phenomenon, Mumford distinguished several different species of utopia. Our childhood visions of alternate realities perhaps best fit what he called the “utopia of escape”: fantasy worlds into which the human imagination could insinuate and find temporary respite from the drudgery or even pain of daily life. A picture of a Caribbean beach tacked to a cubicle wall. A Disneyland of the mind. Or Disneyland itself—utopia as a pret-a-porter escape from reality, a return to innocence (and over-priced amusements).
As one of the first true urbanists, a scholar of the city and the rich cultures it spawned, Mumford was less interested in escapist fantasies (like my Maginot dreams) and more curious about what he called the “utopias of reconstruction”. Utopia as a blueprint for a better way of life. Utopia as the most ambitious social-engineering project possible. Utopia as a cure for the messiness of modern life—or ancient life, for that matter. He described the Utopia of Reconstruction as “a vision of a reconstituted environment which is better adapted to the nature and aims of the human beings who dwell within it than the actual one.”
To me, that sounds a lot like the first kibbutz.