The City and the Kibbutz 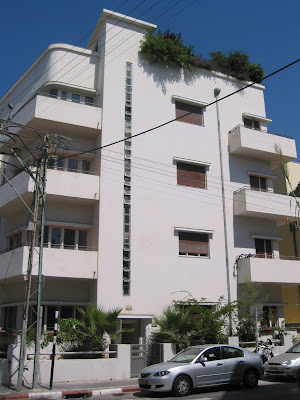 The kibbutz movement and the city of Tel Aviv both played vital roles in founding the state of Israel. They also share a curiously complementary relationship, a marriage of opposites held together by the tension of their different personalities, like one of those  old-time comedy duos: Abbott and Costello, Laurel and Hardy.
Both institutions were founded almost at the same time: Tel Aviv in the spring of 1909, Kibbutz Degania in the fall of 1910. Both put a secular face on a land better known for its deeply etched religious history. Both have carried the country’s economy on their shoulders, by lifting more than their own relative weight.
And yet, like rival siblings, they haven’t always gotten along. For the traditional kibbutznik, Tel Aviv represented the bright lights that might lure away (and often does) the “children of the dream” from their collective homes. For the modern Tel Avivnik, the kibbutz is a quaint and out-of-date museum for rural bumpkins and put-to-pasture communists.
When I lived in Israel in the late 80s, I didn’t spend much time in Tel Aviv, except when I arrived (to get assigned to a kibbutz) and when I left (to lie on the beach for a few days with a bad case of post-Egypt “Mummy Tummy”—another volunteer rite of passage). I was always more interested in visiting the endlessly fascinating city of Jerusalem. Who needed Tel Aviv, when you could do plenty of carousing on the kibbutz?

The past two summers, I’ve stayed in Tel Aviv, wandered its busy streets and marvelled at its transformation from a dusty oversized village into a fast-paced global metropolis—with a lively cultural scene, bustling cafes and clubs, and a multicultural mix of citizens and visitors. Along its hip Port District, it even has a club called Kibbutz, where you can get cheap drinks and food (relative to its upscale neighbours) and be served by wait-staff dressed up as kibbutzniks. There’s apparently even a tractor in the bar!

So, it’s interesting to be reminded (in a recent article) that the mayor of Tel Aviv, Ron Huldai, is himself a former kibbutznik, from Kibbutz Hulda, the same community as novelist Amos Oz. If the mayor (and a bar) can bridge the divide between the city and the kibbutz, I ought to try to as well, with a playful game of compare and contrast: