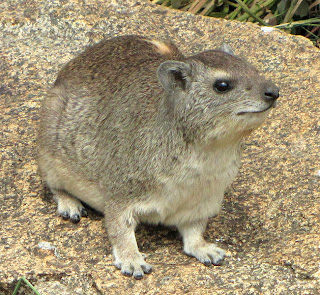 Life as a kibbutz volunteer was sustained by a variety of necessities: cold beer, free cigarettes, chocolate from the shop, all-you-could-eat chicken and rice, bad Jordanian TV, a weekly movie in the sports hall. Mostly, though, we thrived on gossip, rumour and myth.
Gossip, of course, greased the engine of the kibbutz as a whole, just as it does in any small self-contained community, from a rural village to an urban high school. But since volunteers were cut off, by our lack of Hebrew and our transience, from the general circulation of kibbutz news, our gossip tended to be even less rooted in fact. Stories got passed along and embellished with little regard to sourcing. They quickly evolved from eavesdropped speculation to well-established hunch to encyclopedic fact to a story of mythic stature, true beyond all reproach. These stories eased the monotony of the work day and relieved our anxiety about being so far from home.
I can still remember a few of these tales, although I can’t vouch for their veracity. Many involved the secret lives of kibbutzniks or new volunteers. The unassuming Israeli from the apple orchards who had been a heroic tank commander in one of the wars. (Quite likely.) The German who was on the lam from the authorities back home for connections to the Baader Meinhof Gang of left-wing terrorists. (Possible, though perhaps mere slander.)
Some of the rumours and myths were about the place itself. They made the kibbutz seem a little more exotic, even if these “facts” might not hold up under closer scrutiny. One I recall involved the “rock rabbits” that lived in the stony outcroppings that overlooked the Hula Valley. These rodent-like critters (technically called a Hyrax) lacked a rabbit’s floppy ears (or cuteness) and looked more rotundly wombat-like. You’d spot them occasionally sunning themselves, camouflaged against the grey stone, but really noticed the rock rabbits when they “sang” their shrill, gear-grinding mating call, which sounded like a large, tuneless bird getting slowly eaten.
The story exchanged about the rock rabbits—the one snippet of natural history everyone on the kibbutz seemed to know—was that these furry, tone-deaf Tribbles were the closest living relations, on the branching evolutionary tree, to the elephant. It seemed unlikely in retrospect, a connection too absurd to be fact. That elephantine heritage turns out, at least according to the fact-checkers on Wikipedia, to be at least semi-true.
Two other myths sprang from the Optical Factory on Shamir where volunteers had to operate the noisy, messy lens-polishing machines. We were told we were making lenses for reading glasses, but how could we be sure? Speculation flourished that—despite the low-key, unkempt look of the factory—we were secretly supplying high-tech glassware for military purposes. Maybe laser sights for missiles. Something cool like that.
Truth quotient: zero. It turns out that the factory was, in fact, making bifocal lenses for old guys like me and now (in a bigger, fancier factory) is making (fancier, more profitable) progressive lenses for old guys like me. Or at least that’s what they would like you to believe.
Finally, perhaps the most pervasive rumour, one that swept through every kibbutz in the country like the flu on a regular basis, was the news that soon, in a week or two, there would arrive a new group of volunteers—a group with a mythical allure, like the Valkyries or the Sirens—the All-Girl Swedish Group.
The buzz would build. People would swear they had heard solid “intell” straight out of the Volunteer Coordinator’s office that the news was true. They had seen the paperwork. Young men among the kibbutzniks and volunteers would begin to salivate like Pavlov’s puppies. Male hygiene suddenly improved dramatically. Every flash of blonde hair (even mine) that entered the dining hall would send a pulse of anticipation through the room. Was it them? Kibbutzniks we had never seen before would show up to the volunteer bar, in the hopes that the Swedes had arrived.
And then, almost without fail, there was disappointment when a group did arrive. They were British. They were Danish—which was close, but not quite the same: not as blonde, not as legendary. They were Swedish… but men.
The anticipation would crash and disappear for a few weeks. Then the cycle of rumour would start all over again.
Next Year in Jerusalem was the cry of the Jewish people during their long exile. Next Week from Stockholm—that was the myth that sustained young male volunteers (and many kibbutzniks), through our monotonous work shifts and our own wanderings, a cry that sounded as comically desperate at times, a note of pure fantasy, as the shriek of the rock rabbit.