Day 3: A day trip outside of Rome 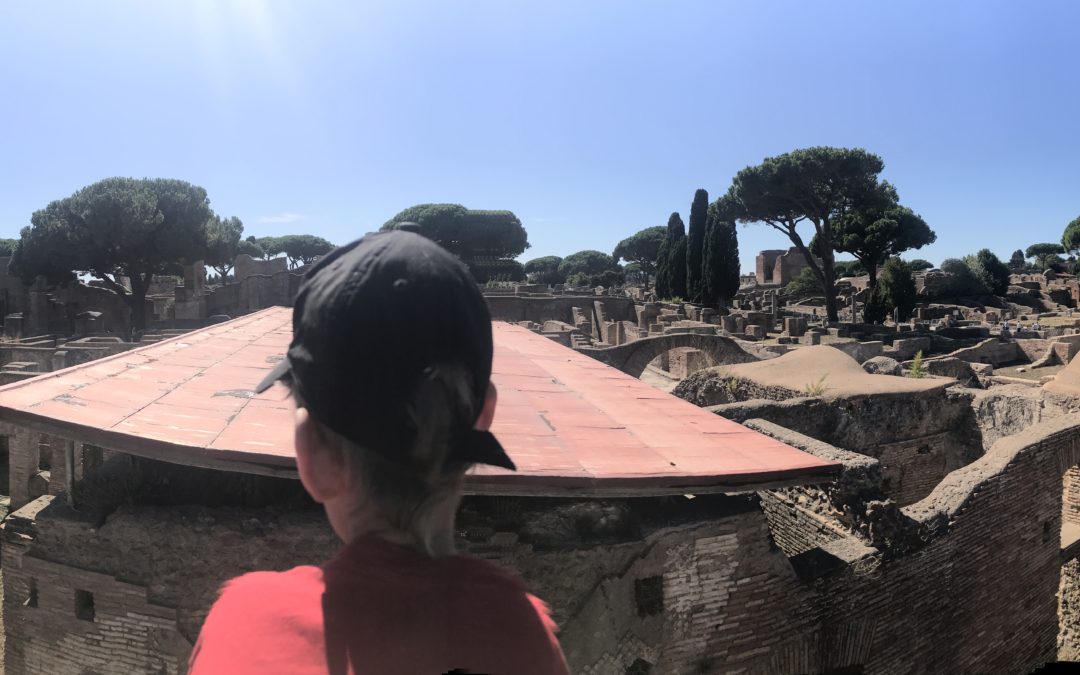 We got moving slowly on day 2 in Rome, only leaving the apartment after noon, after a restless sleep for just about everyone, nudging a little closer to re-aligning our sleep cycles.

The plan: a day trip out of the city to the Romain ruins of Ostia Antica and then our first tip in the Mediterranean in the seaside town of Ostia. We walked to the Metro, took it 3 stops, and then changed to a commuter train that led us beyond the city limits, in the direction of the airport, with a stop at Ostia Antica. A short walk led to the gates of the archaeological site — which will likely remain one of the highlights of our trip.

After the tourist smush at all the various highlights of Rome yesterday, Ostia Antica felt like a world apart. The site itself is large — a full town, in various states of restoration — and there were no crowds, just a few couples and small groups wandering the grounds in relative quiet. There was time and space to let your imagination wander back through the centuries to when this town — the first Roman colony outside of the city — was a vital naval base and then supply line to feed and clothe the million residents down the Tiber River in Rome.

We entered through the necropolis, through Ostia’s main gates, past the remains of warehouses that once housed grain and other supplies drawn from across the Mediterranean. Statues lined the cobbled road, including winged Minerva. A bathhouse floor was being restored — beautiful telework of Neptune, Neptune’s wife, the sea create Charybdis. We explored the amphitheatre, whited backed onto a U-shaped area for merchants: each of their stalls was advertised using telework: ships, urns, elephants to signify the ivory trade. 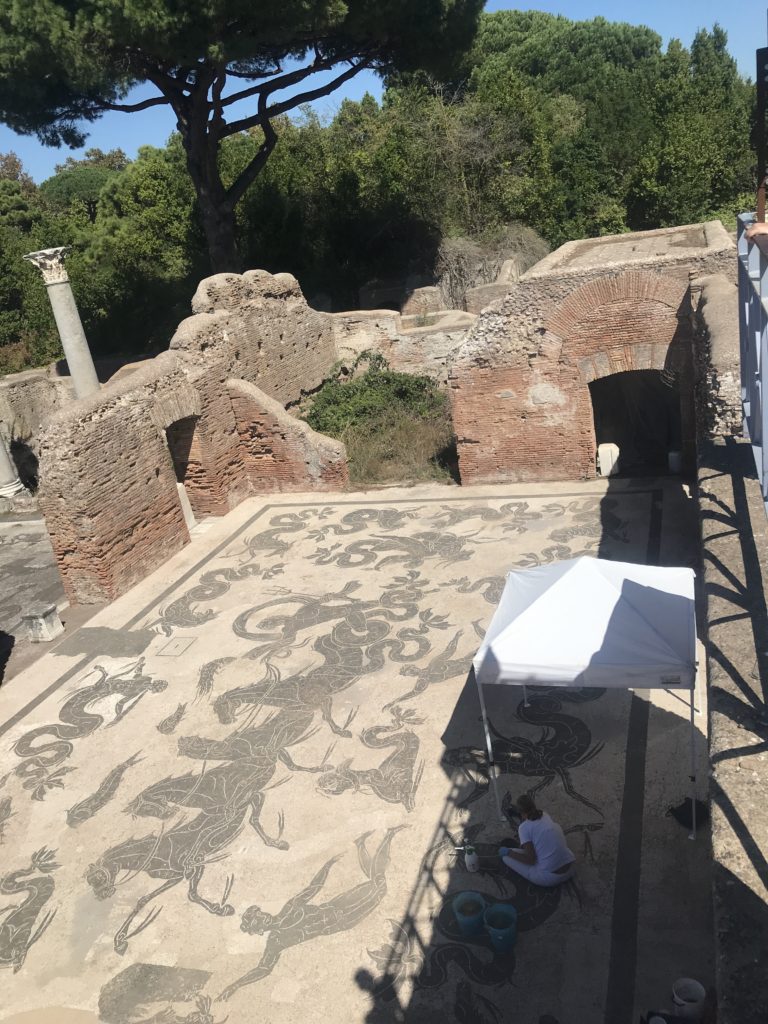 Then we wandered off the main street into the narrower residential areas. You could feel the life of this ancient city in the texture of the walls, the labyrinthine yet highly organized pathways. the tilework and porticos. We picnicked in the shade as parakeets chirped overhead and then wandered out of the town, lost in thoughts of what this city must have been like at the height of the Empire. 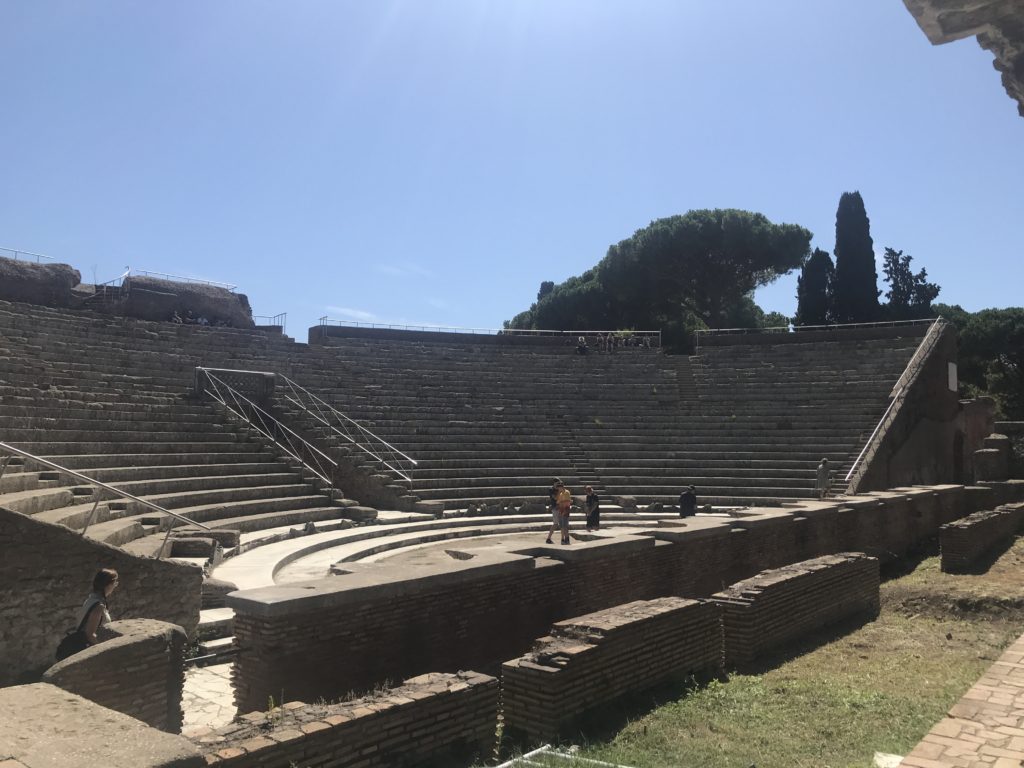 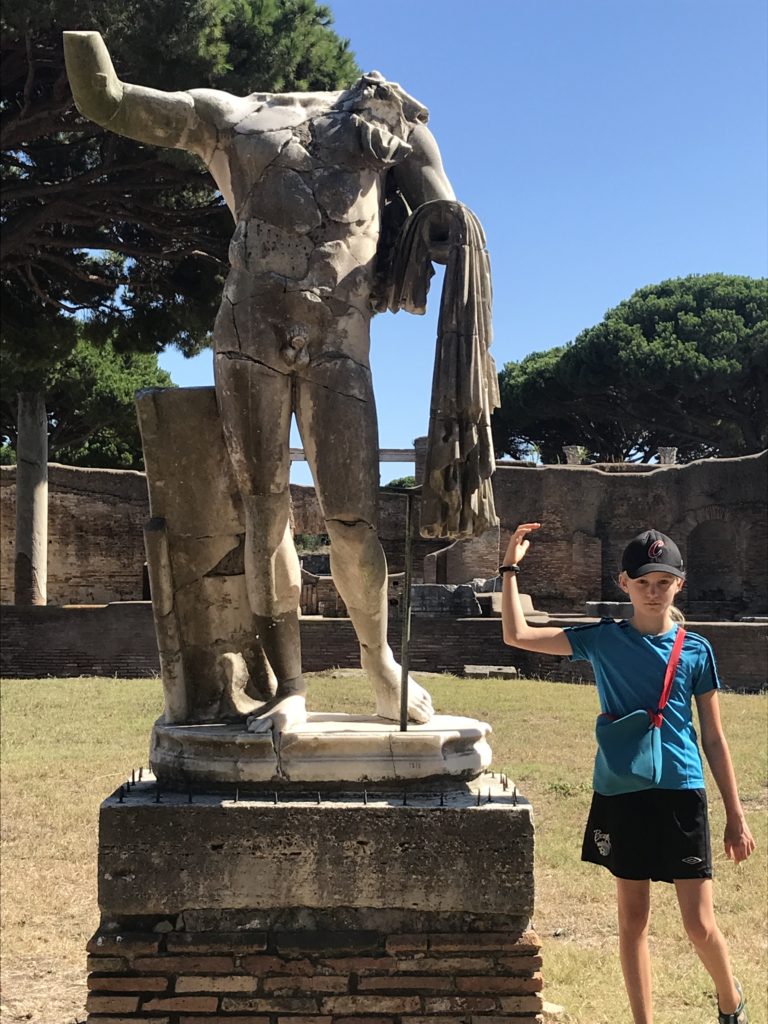 Two more train stops took us to Ostia Lido and then a 10-minute walk to the seaside. We skipped the paid beaches and cooled off in the warm water of the Mediterranean… too tired to linger, but refreshed nonetheless. A perfect day.

The train took us back quickly to the centre of Rome, and then, after showering off the salt of our day in the sun and the sea, we walked not more than 30 seconds to Le Tavernellle, a lively restaurant on the same street as our apartment, for a traditional Roman meal: appetizer, primo, second, dessert. The pasta was amazing. The service lively. And the tiramisu — which had won awards that now hung from the walls — as good as advertised. 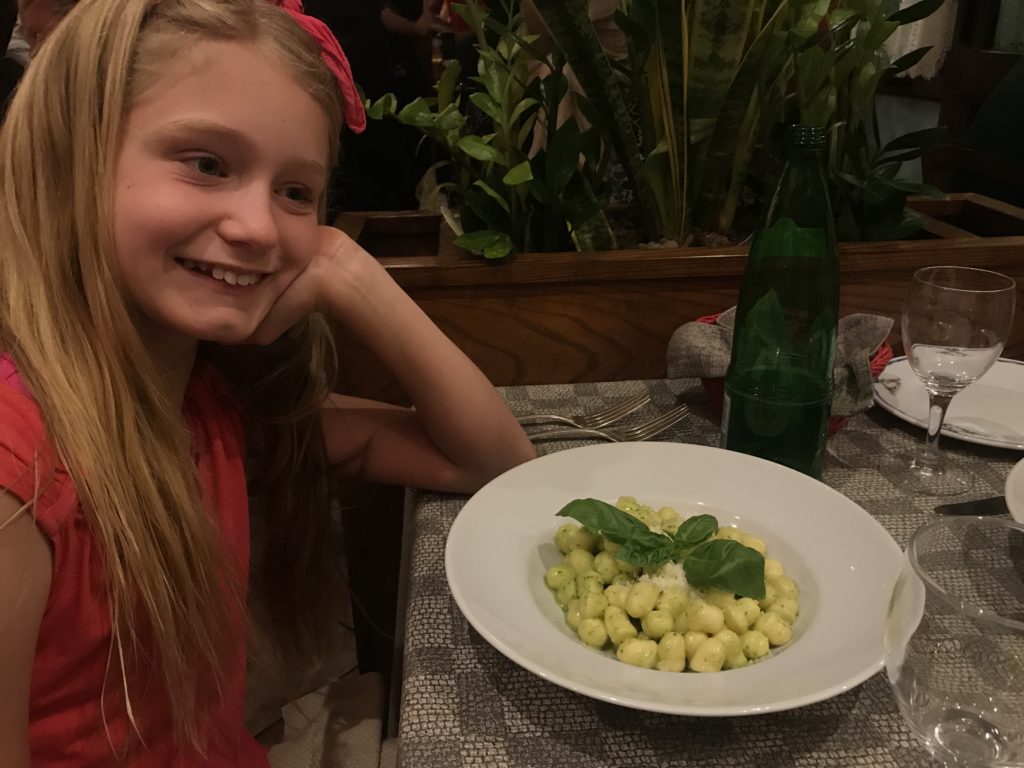 We would all sleep well tonight