On the road again… 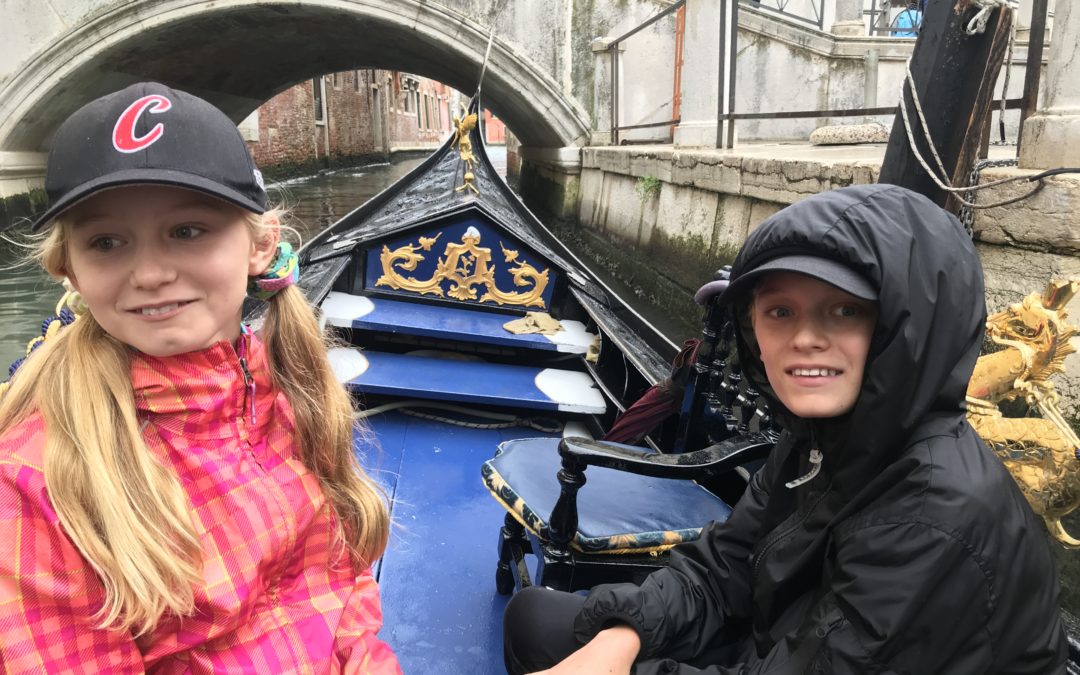 We had a busy final few days in Bologna.

I watched the last two days of the European/Africa qualifiers… which ended in disappointment for the Italian hosts, when their team dropped a one-run game to Spain (followed by a bench-clearing brawl) and then lost a final must-win game against the Netherlands (giving up 4 runs in the top of the 9th to put any hope out of reach), who placed second and kept their Olympic dreams alive.

Team Israel walked away with first place and the berth in Tokyo, losing only a single match (to the Czech Republic) along the way. Alas, I didn’t see them clinch, as they did it on the last day in Parma.

On Monday, after the tournament, we took a high-speed morning train to Venice — where the clouds emptied in a downpour onto the thousands of tourists in cheap ponchos. We still enjoyed 8 hours of wandering through the lagoon-bound city. Briar insisted that we take a gondola ride, which did not disappoint, as we drifted through a labyrinth of narrow canal-ways. Jenny got us to take a tour (out of the rain) of the Doge’s Palace in St Mark’s Square, which was fascinating in its ornate design and complex political history. (It also hosted a gallery show about Rubens and his contemporaries.) The armoury of weapons was especially impressive.

Looking for a free washroom (hard to find in Venice!), we stumbled across an exposition as part of the Venice Biennele, hosted by three African nations, which included several floors of contemporary art works.

Our favourite part of the day may have been wandering the old Jewish ghetto and surrounding neighbourhood, away from the crowds that were lured toward St. Mark’s Square. Here, we could imagine life in the this moody, water-bound ancient city.

The next afternoon, we picked up a rental car in Bologna and drove the toll highway past Florence, through multiple tunnels, to Montevarchi, where we headed up winding hillside switchbacks to our country “barn” AirBnB near Montegonzi… a town that none of the Italians we mentioned it to had every heard of!

After the heat of Rome and Florence, the weather is now autumnal and cool — we had a brief dip in the outdoor pool when we arrived — but not rainy. The surrounding hills are green and lush. Francesco, our host, is a fireman with a one-year-old baby who also runs the olive orchard (and gave us a bottle of his olive oil). He says that the harvest usually takes place at the end of October, but he might begin earlier, as the forecast is for a colder, wetter winter in these hills, on the edge of Chianti and Tuscany. His menagerie includes three dogs and two cats, which has delighted the kids.

We plan to just chill out and catch up on rest and “homework” and perhaps do a hike or two during our five-day stay here.