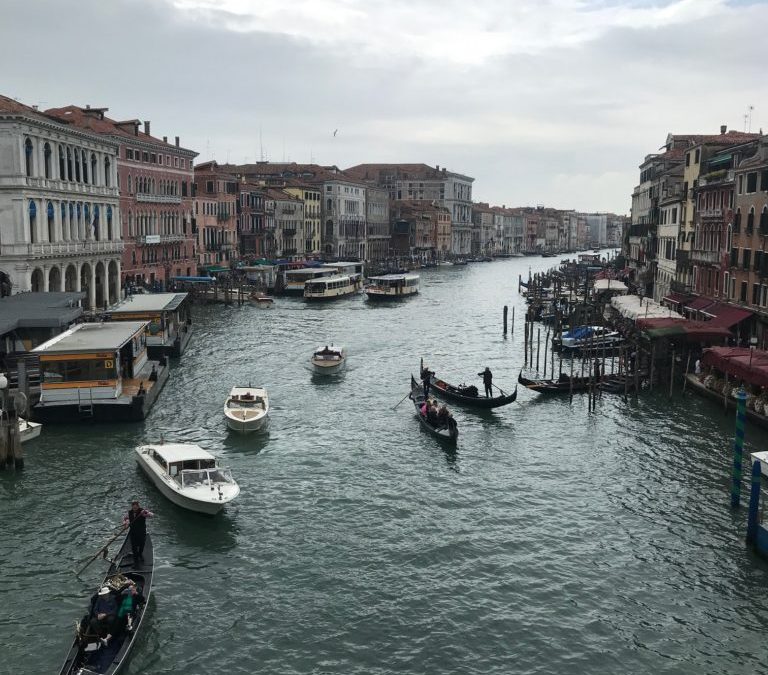 We set out to Venice by train from Bologna early in the morning, only to be delayed by 25 minutes at the station. After a café macchiato while we waited, we eventually boarded and by the time we arrived in Venice, the rain was sluicing down the train windows. On the steps of the station, vendors were doing a swift business in selling brightly coloured ponchos. For once, I felt my chronic underdressing in Italy had paid off—I was wearing hiking pants, a Mountain Hardwear jacket and a Blue Jays cap. I was ready for this pioggia. 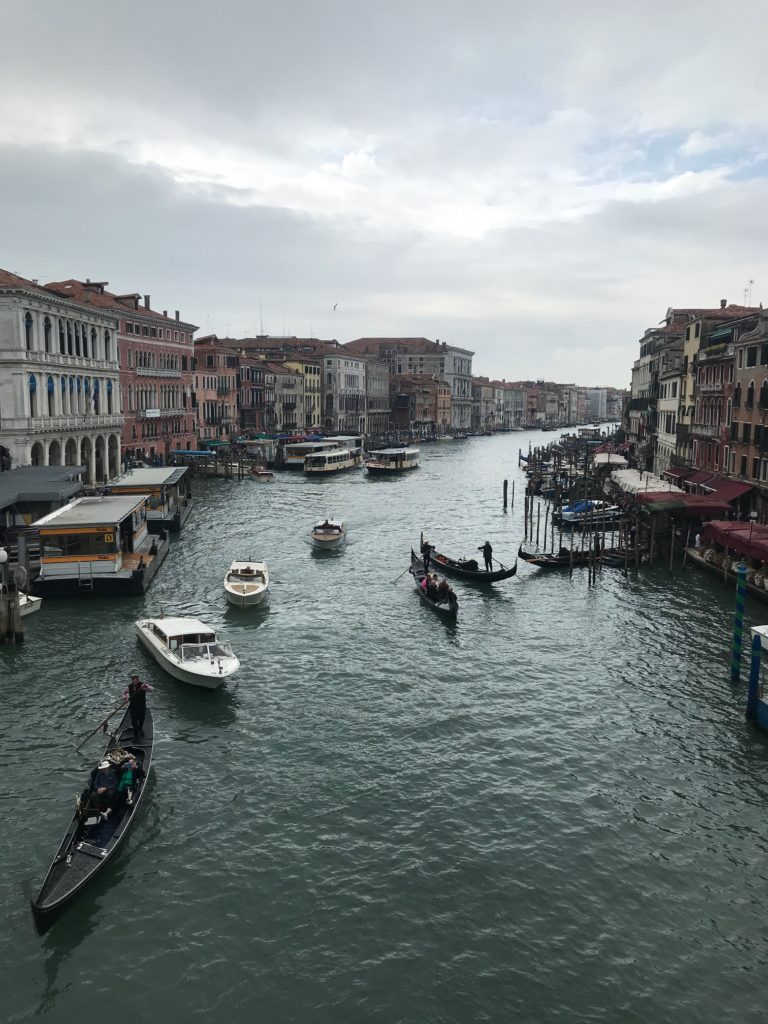 We had seven hours to spend in a very rainy Venice and chose to start out in the less populated Canareggio area, which includes the old Jewish ghetto. There was almost no one there, and it was possible to walk the streets and imagine what was like centuries ago, before cruise ships and jet planes. The Venetian Jewish ghetto was formed in 1516, the first in the world. Jews were confined to the area by night and forced to wear red caps during the day to identify them. A.J.’s class in school is studying Shakespeare, so we have been applying what we saw in Venice to the story of Merchant of Venice. 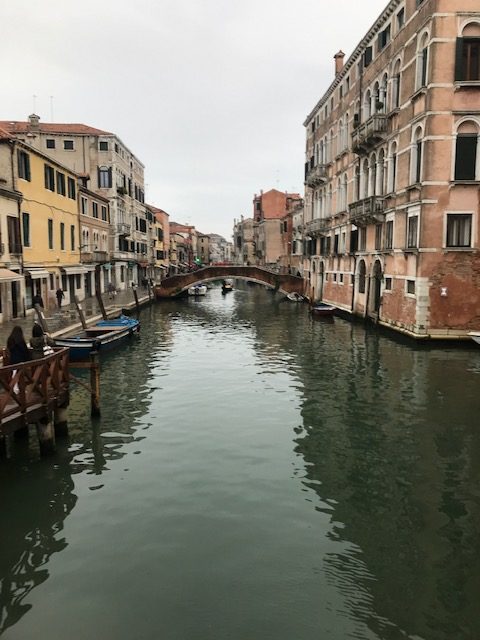 The Canareggio neighbourhood in Venice.

My favourite part of Venice is the calles, the narrow streets. It seems there is a story behind every one. The Venetian republic forced landowners to leave a small distance between buildings— apparently how Venice ended up with this maze of fascinating calles. 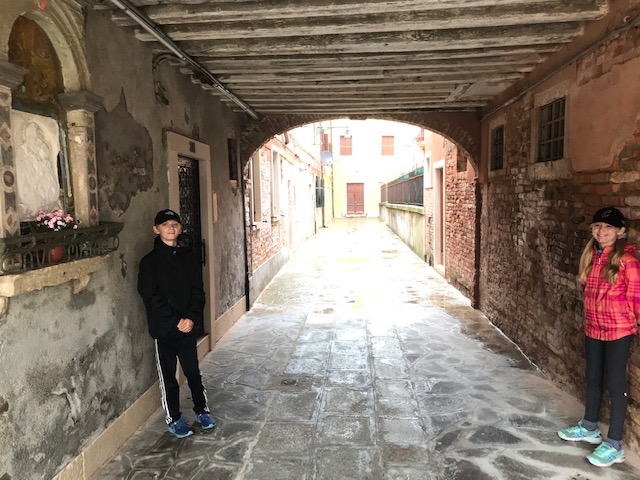 One of the many calles.

There are surely a million stories in Venice. I was overwhelmed the number of ancient, evocative buildings and bridges. There are also a million tourists in Venice, which we felt when we made our way to Piazza San Marco. There were throngs of tourists and massive groups of cruise ship passengers being herded and counted.

Briar must be growing, because she could have eaten the entire Veneto region. We threw her apple slices, mini paninis, peanuts and granola bars, and readers, she remained in the Republic of Hangry. But, we still managed to get in a tour of the Palazzo Ducale, or Doge’s Palace. A special exhibition on Rubens was on, which we toured along with vast, lavishly decorated rooms dedicated to justice and political affairs of the Doge, the leader. The sights included armour and, my favourite, the ancient prisons. I loved the room showing slabs of graffito from the prison walls.

Along with the Doge, we also visited a modern and interesting exhibit called Personal Structures: Open Borders at the European Cultural Centre in the Palazzo Mora as part of la Biennale di Venezia. Some of the art was perhaps not so appropriate for kids, but they did have a toilet, so it evened out. 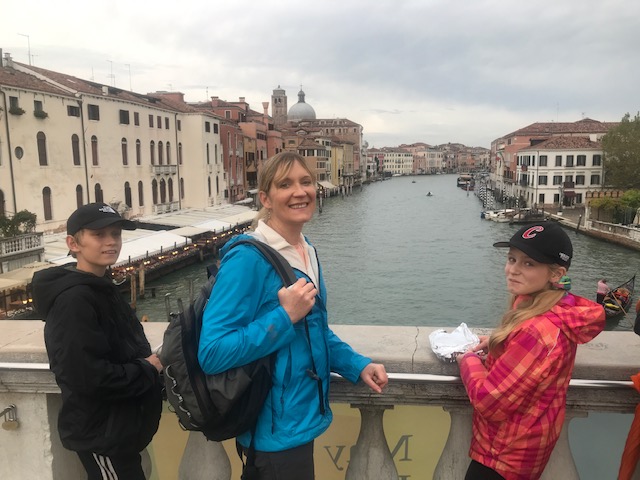 A last view before the train ride to Bologna.

Briar refused to continue without more food, so we found a café and ordered her a huge cheese pizza so she didn’t eat us on the train ride back to Bologna. A.J. chose a pizza covered with French fries on top, something only a 13-year-old boy could consume. Thanks to the free art exhibit, the restaurant, and the Doge visit, we spent seven hours in Venice (with Briar!) without spending any Euros on public toilets. Sorprendente!